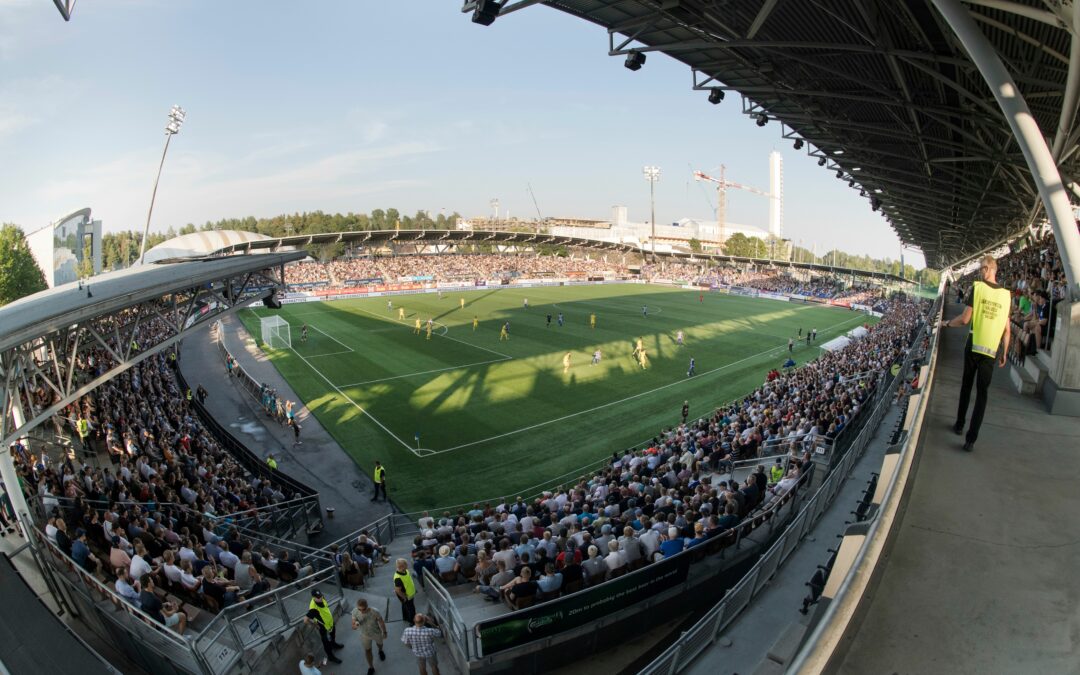 HJK Helsinki, the reigning champions of the Finnish Veikkausliga, aims to offer fans and sponsors a world-class digital experience. The club from the capitol of Finland has chosen NewC as their new digital full-service provider.

The partnership includes a new ticketing setup, smart stadium access control, future-proof subscription solutions, and in general a more data-driven business approach. All the digital upgrades are aimed at gaining more season ticket holders and club members – and on improving the experience for club stakeholders – both on and off matchdays.

“The new system has been implemented step by step, initially bringing traditional season tickets onsale. In the future, we will introduce new features, such as a subscription-based season ticket model. This development work takes some time and has come, in part, to stay since we don’t think we will ever be done improving the communication and serving of fans”, HJK’s new Commercial Director, Sirja Luomaniemi, says.

“For the first time, we will – with NewC’s help – be able to offer one common platform for the entire HJK community. The system will enable smoother and better communication with all our stakeholders. From our supporters’ point of view, the new ticketing system will in the future enable a closer access to the club for various specified contents. The change is only just beginning, so there is still a lot of work to do. We feel it is important that NewC is a flexible partner that looks at ticket sales as part of the culture and development of the entire club community. Through the cooperation, we also have the opportunity to implement practices that work in other parts of the world”, Luomaniemi sums up.

“Right from the initial negotiations with HJK Helsinki, we realized that the HJK’s digital goals were ambitious and fully in line with our way of working. HJK is Finland’s most successful football club and now they also want to be digital pioneers. This determination is hard not to admire, and there is no doubt that the NewC team is truly motivated by it. We look forward to helping the club achieve its goals”, Mikkel Skou says.

The collaboration between HJK Helsinki and NewC did not just happen all of a sudden but was the result of extensive background work and many recommendations.

“During our research, we were impressed by the recommendations we received and by NewC’s international accomplishments with other clubs. Although the partnership has only lasted a few weeks, we already believe that they will really help us take a big digital leap. We are really excited to combine our forces with NewC”, Aki Riihilahti, CEO of HJK Helsinki, states.

For NewC, the cooperation agreement in ‘the land of a thousand lakes’, marks country number six since the company set out on an ambitious growth journey two years ago. The international ticketing company currently operates in Brazil, England, Wales, Sweden, Denmark – and now Finland.

“We launched our growth strategy in 2018, and to our delight we are now seeing it come to life. With HJK, we add a new country and a new ambitious club to our portfolio, which really motivates us on our way forward”, Tim Berggren, Business Developer at NewC, says.

NewC is a football-focused, full-service provider that develops customized digital solutions for clubs world-wide. The international ticketing company has customers (football clubs and associations) in six different countries: Brazil, England, Wales, Denmark, Sweden, and Finland. The company continues to grow and has ambitions to help many more football clubs globally. Headquarters are in Denmark with offices in the UK and Brazil.