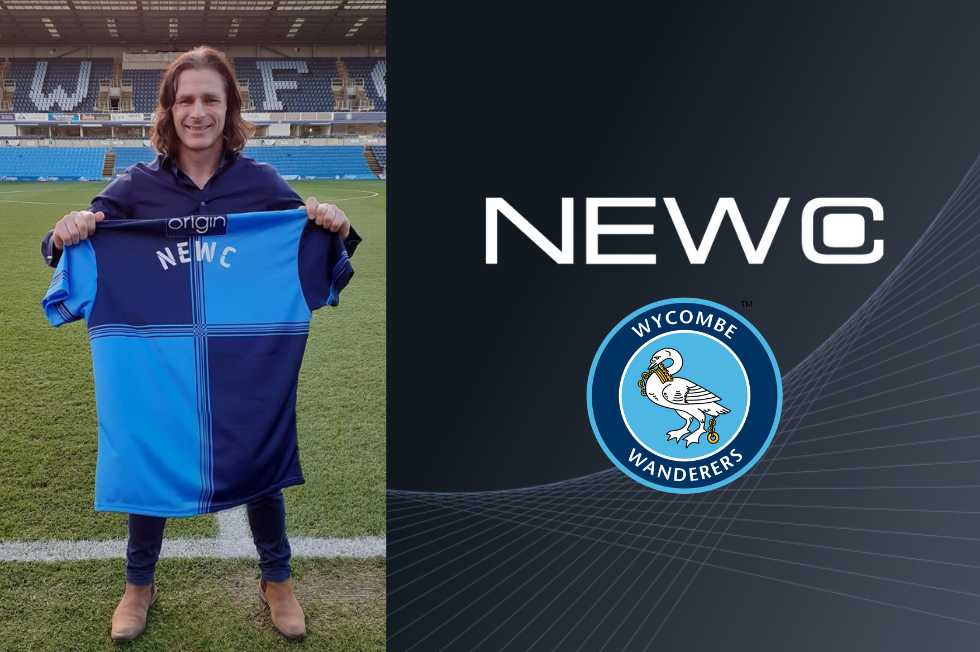 After partnering with digital solutions provider NewC in January, Wycombe Wanderers FC now take their digital offerings to the next level by offering season tickets on subscription to their fan base. A week in, more than 30 per cent of the fans have gone for the new subscription solution.

After more than a year with COVID-19 and the associated negative consequences for the community, EFL side Wycombe Wanderers has made it their priority to make it easier and financially more affordable for fans to reconnect with their club.

“It has been difficult both for the club and the supporters. We have been forced to be apart for far too long and we can barely wait to be back together at Adams Park. However, there is no doubt that the pandemic has had an impact on people’s job security and financial situation”, Chairman of Wycombe Wanderers FC, Rob Couhig, says. He continues:

“At WWFC, we know that the fans come first. That is why we have invested in major upgrades at our stadium in recent months, and that is why we chose NewC to deliver the right digital solutions for the people supporting the Wanderers. Hopefully, the new subscription solution will make it easier for fans to reconnect with the club and visit Adams Park on a regular basis once again”, Rob Couhig states.

Subscription is for fans at any age

It is widely believed that young people are the most inclined to buy services on subscription, such as Netflix or Spotify. However, the initial data from Wycombe’s season ticket renewals tells a different story. It turns out that the supporters that have chosen the new subscription solution are spread out evenly age-wise.

“We are delighted to see how well the subscription solution has been received so far. We are especially pleased to learn that many from the older demographic among the Wycombe Wanderers supporters has opted for subscription. This tell us that a flexible, digital payment model is valuable for football fans at any age“, Rob Couhig adds.

“I want to thank the Wycombe Wanderers ownership and staff for their innovative mindset – and for putting fans first and being able to see the massive value that the digital transformation will create for the club and its supporters. We are looking forward to adding other membership packages to the subscription solution in future weeks and will be really interested to monitor the subscription adoption when season tickets go on general sale later in May”, Peter Smith, UK Commercial Manager at NewC, says.

Attracting the fans of the future

When a club introduces the NewC subscription solution for season tickets or memberships, it will not only give the existing, loyal fans a more flexible payment option. It will also help attract a new group of fans, who may not have large disposal incomes or savings and manage their finances on a monthly basis. NewC statistics have revealed that this includes the young, families on a budget, and surprisingly even supporters in their later years.

“From our data we can see that many football clubs, including Wycombe Wanderers, have an older fan base. This might not be problematic right now, but in the future, you obviously need to be able to attract a younger demographic to run a sustainable football club, whilst continuing to offer flexible solutions for the existing fanbase. Providing customer-friendly, flexible, digital solutions makes it easier and more attractive for supporters to engage with your club and will help attract
the fans of the future”, Peter Smith from NewC says.

Another advantage of the NewC subscription solution is that fans are essentially buying lifetime season tickets. Once the supporters sign up, the subscription will go on indefinitely – unless it is actively cancelled of course. Just like a Netflix subscription.

“Using our subscription solution means that fans will not have to worry about renewing season tickets, securing their favorite seats, and finding the means for it every year. As long as the monthly subscription fees are paid automatically, you are all set”, Peter Smith says.

An additional advantage for the club is that the staff normally responsible for handling season tickets sales and renewals will spend way less resources on this, leaving time to prioritize customer retention and new fan acquisition.

If your club is interested in learning more about our subscription solutions, please get in touch with
us. See our contact info below.

NewC is a sport-focused, full-service provider that provides customized digital solutions for clubs world-wide, including state-of-the-art subscription solutions. The international ticketing company has customers (football clubs and associations) in six different countries: Brazil, England, Wales, Denmark, Sweden, and Finland. The company continues to grow and has ambitions to help many more football clubs globally. Headquarters are in Denmark with offices in the UK and Brazil.

The NewC motto is: Nothing is more valuable for a club than the people who support it.