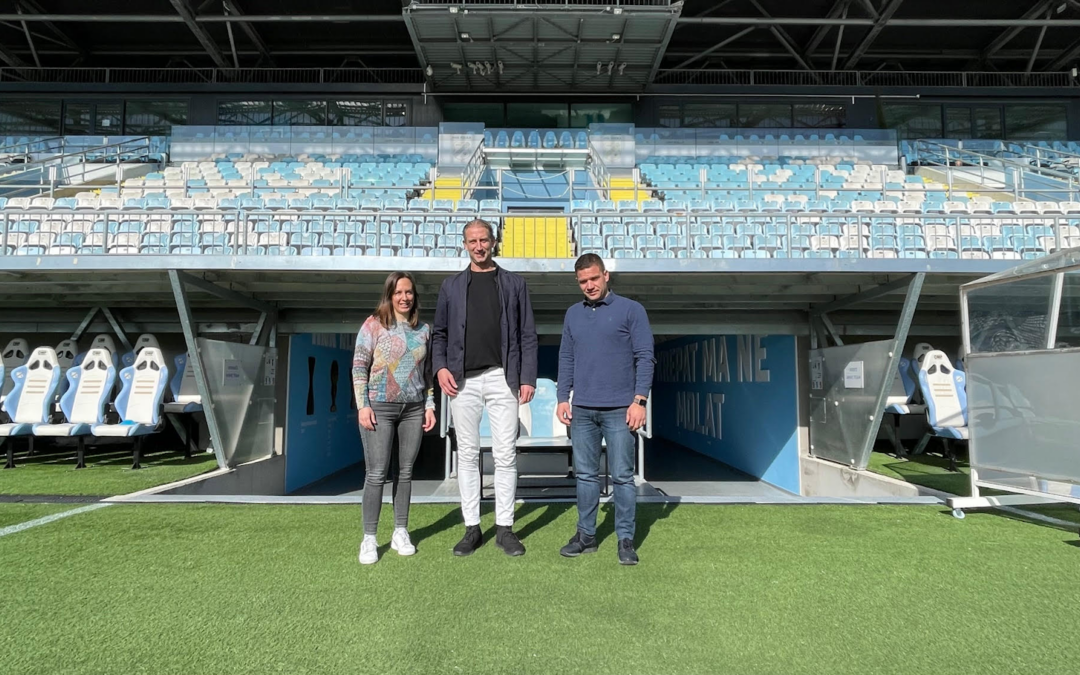 HNK Rijeka from the top Croatian football league partners with NEWC SPORT to fulfill their digital ambitions. The partnership makes Rijeka one of the first clubs in the Balkans to harvest the benefits of digital ticketing and subscription solutions.

Increased commercial revenue, a stronger connection with fans, and a more digitalized and data-driven club. Those are the primary goals of the new cooperation between Croatian top club HNK Rijeka and the Danish ticketing and digital solutions provider, NEWC SPORT.

For HKN Rijeka, the agreement marks the beginning of a new era of user-friendly digital solutions that will bring Rijeka fans closer to their beloved club – and start a positive development regarding commercial earnings.

“We are looking forward to our cooperation with NEWC SPORT. It is our ambition to offer the fans of HNK Rijeka more user-friendly and digitalized solutions that will make it easier and more rewarding to support our club. Based on our research and the first series of meetings we are certain that NEWC SPORT is just the right partner for us. In contrary to some of the bigger suppliers, they know the football business from within, they value personal service and support, and they can fit their solutions to our exact needs”, says Luka Ivančić, General Manager at HNK Rijeka.

The partnership entails digital solutions for ticketing and season tickets, and not least: subscription.

“We are delighted to add HNK Rijeka to our partner portfolio. We have had a great impression of the club and the staff during our visits, and we have no doubt that the potential – especially regarding subscription – is huge. We aim to be just as much a development partner as a supplier, and that is also what HNK Rijeka can expect. We will bring all our experience and knowhow with us to Croatia in order to move the club from good to great, create value for the fans, and reach our common goals”, says Mikkel Skou, CEO at NEWC SPORT.

The partnership between HNK Rijeka and NEWC SPORT will begin from the 2022-2023 season.

About HNK Rijeka
Originally established in 1906 under a different name, HNK Rijeka is considered one of Croatia’s oldest and most successful clubs. HNK Rijeka has played four times in the group stage of the UEFA Europa League, recording wins against teams like VFB Stuttgart, Standard Liege, Feyenoord, Milan, and AZ Alkmaar.

In its rich history, Rijeka played against Real Madrid in the 1984 UEFA Cup and won the first leg 4-1 at Stadium Kantrida. Rijeka also played against Juventus FC in the Quarter-Final of the 1980 European Cup Winners Cup.

Rijeka has won six Croatian Cup Titles, won one League Title (in 2017), and finished as runners-up on seven occasions – all since the inauguration of the Croatian First Football League in 1992. As one of only four Croatian clubs, HNK Rijeka has never been relegated. The club plays its home matches at Stadium HNK Rijeka which is part of the new camp that was built in 2015.

The international ticketing company has customers in seven countries: Brazil, England, Wales, Denmark, Sweden, Finland, and Croatia. The company continues to grow and has ambitions to help many more football clubs globally. Headquarters are in Denmark with offices in the UK and Brazil.

The NEWC SPORT motto is: Nothing is more valuable for a club than the people who support it.