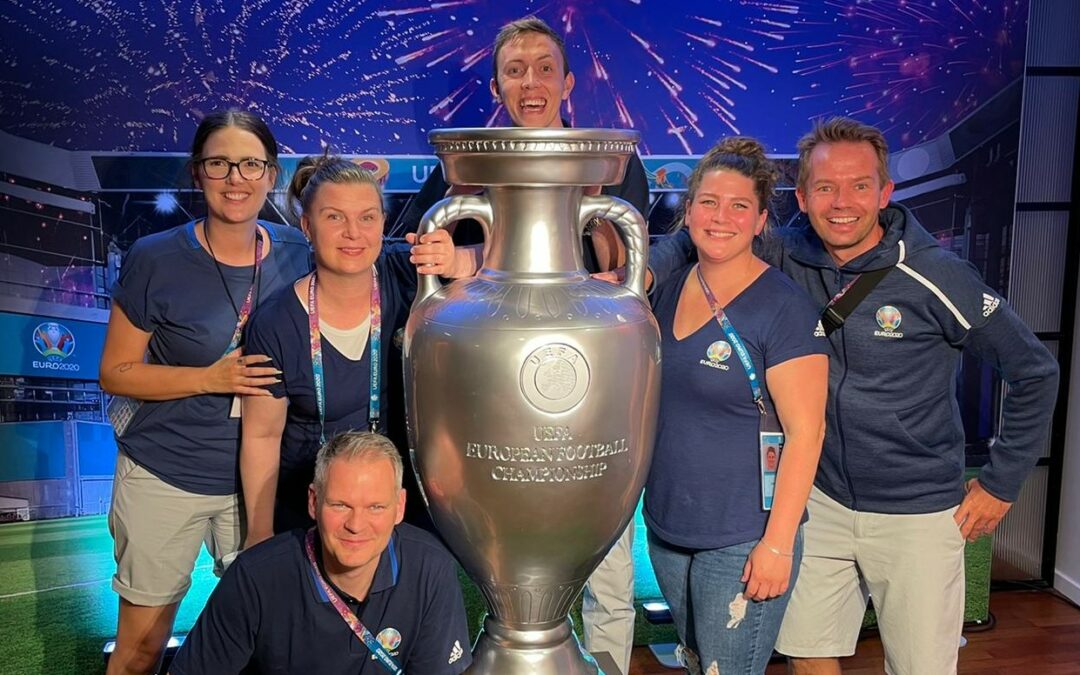 More than a handful of the NewC team members were handpicked by the Danish Football Federation and UEFA to help handle the ticketing for the four UEFA EURO 2020 matches that were played at Parken, the Danish national stadium.

This means that we have been fewer people in our Copenhagen office the last month or so.

Regarding the handling of ticketing and EURO 2020 matches at Parken, the UEFA Copenhagen Venue Manager, Kalle Marttinen, said: “Tusind tak, Team Copenhagen! After four matches, the city’s unforgettable EURO 2020 journey comes to an end. Thanks to everyone who has played their part, creating an incredible team spirit and togetherness in an amazing Danish atmosphere. Well done, everyone!”

As a company we are excited to be able to support such an important event – and proud to have team members whose skills are in high demand.